When talking about hurricanes, usually the months of October and November don’t come to mind. The Atlantic hurricane season officially begins on June 1st and ends on the 30th of November. As for the Pacific basin, the official season begins on May 15th and ends on November 30th. Late season hurricanes are actually a common occurrence, and some of the most powerful hurricanes occurred late in the season. With that being said, residents that live in areas that annually experience hurricanes should never let their guard down when it’s late in the season.

According to one of the Weather Channel’s senior meteorologists, the vast majority of hurricanes that hit the U.S end up making landfall prior to October. In the past 50 years, more than 80 percent of them all have. To play the other side of the argument, that number isn’t 100, and there have been destructive hurricanes that hit late in the season. Residents of coastal cities need to remain vigilant during hurricane season.

Hurricanes Kate, Wilma, Hazel, and Mitch are just a couple of names that can come to mind of weather specialists when talking about hurricanes that hit late in the season and were also quite destructive. 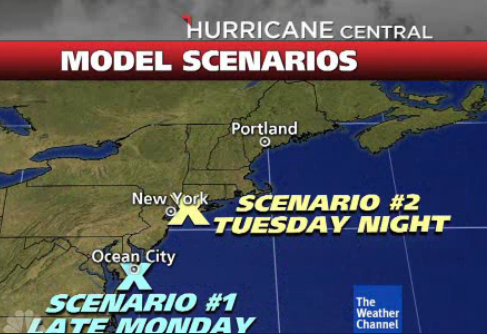 As an average, at least two named storms and at least one hurricane form each year in the Atlantic basin during the month of October. But, up to seven named storms in 2005 and five hurricanes in 2010 have broken the mold. Once it hits November, the pace of the season will begin to slow dramatically. This means that on average, there is only one named storm that forms every other year. The main reason for this is because there are increasing wind shears, stronger cold fronts, and drier air moving into the Gulf of Mexico at that time.

After the Cape Verde part of the hurricane season begins to slowly fade, it is then time to take a closer look at the United States for possible hurricane development. The most common areas that named storms begin to form in October include the Gulf of Mexico, the Western Atlantic Ocean, and the Caribbean Sea. Once November comes into full effect, we then begin to take an even closer look at the western Atlantic and the Caribbean sea for any potential development. The reason for this is that in the later fall months, the jet stream begins to dip further south, and this can help to pull any tropical systems northward that have been forming in the northwest Caribbean and the Gulf of Mexico towards the United States.

In 1985, Hurricane Kate was the latest hurricane to ever strike in the United States on record. This super storm made landfall about a week before Thanksgiving. The latest major category 3 or higher hurricane that has made landfall in the U.S was in 1921, and this hit Tampa hard off of the west central coast of Florida. As for South Florida, October is the month that experiences the most direct hits from hurricanes. Since they began recording hurricanes in 1851, a total of 21 hurricanes have passed within 100 miles of Miami, Florida.

Hurricane Sandy is also a good example of a hard hitting late-season hurricane. In 1012, Hurricane Sandy ravaged the East Coast and all of the residents who inhabited it. The first place that it struck was Kingston, Jamaica, with winds of 80 mph. On October 25th, it made landfall in southeastern Cuba as a Category 2 hurricane with winds of up to 105 mph. In the same day, hurricane sandy hit Haiti, killing 51 people.

This hurricane was one of the deadliest and most destructive hurricanes of the 2012 Atlantic Hurricane season, and also the second-costliest hurricane in the United States history, following closely after Hurricane Katrina in 2005. As for total fatalities with Hurricane Sandy, it reached about 285 people. The highest winds were about 115 mph, the lowest pressure was about 940 mb, and the date that it extended from was October 22-31, 2012. Before hitting the United States, Hurricane Sandy also reached Category 3 status.

All of these named storms and hurricanes are prime examples that a deadly and destructive system can make landfall during the late season. It is important to always be aware of potential hurricane action in the ocean, and stay updated on the latest hurricane forecast if you’re living in a hurricane frequented area.