First, there are some things you need to know about the type of forecasts that meteorologists use. A short range forecast is a weather prediction that is made for a time of up to 48 hours. Extended forecasts are for a period extending beyond three or more days from the day that it is issued. 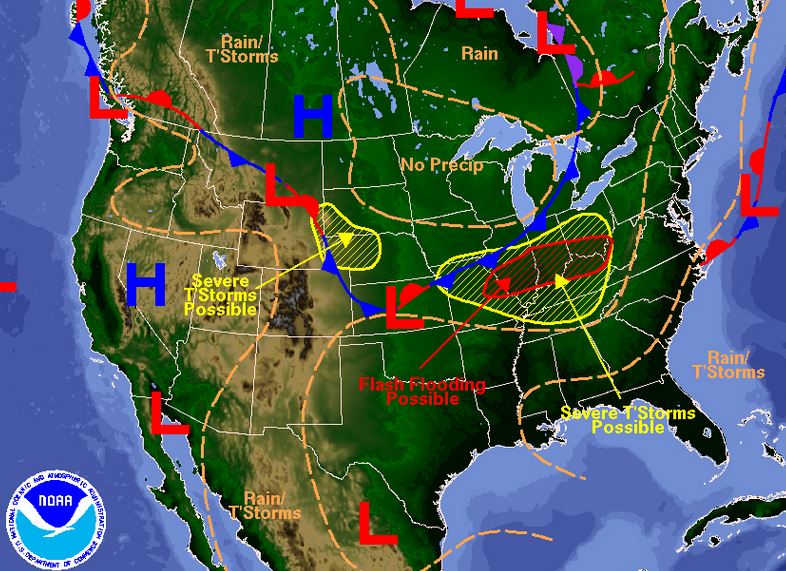 A short range forecast, which is a prediction of the weather that will occur on the current day and the following day, is generally the most accurate out of all of the types of the forecasts.

The job of forecasting the weather is quite complex and is not always spot on, especially for days further on into the week. The weather is unpredictable and could make a sudden change whenever, making for a chaotic forecast. Forecasting rain and snow are good examples. These conditions cannot simply be predicted with a yes or no answer. This is because the Earth’s atmosphere is a very complicated system that is affected by many different factors, and the Earth can react to these variables in many different ways.
Now if the weather patterns are stable, the persistence method of forecasting will definitely be the best option and most useful way to predict the weather for the next day. If it is sunny and warm one day, it is likely to be warm and sunny the next day as well. However, the weather is different in other parts of the world, meaning that this can make for unpredictable and changeable weather patterns. This is usually likely in areas that are in mid-latitudes, where depressions influence most of the weather.

These depressions, which can also be referred to as mid-latitude cyclones, are defined as areas of low pressure that are located between 30 and 60 degrees latitude. They develop when warm air from the sub tropical areas meets cold air from the opposite Polar Regions. A depression will usually have a very well-defined warm and cold front, as the warm air moves and is forced to rise above the colder and chillier air.

As we have improved technology in the present day, observing the weather and the techniques used to observe the weather have greatly improved as well. On average, a five day weather forecast of today is as reliable as a two-day weather forecast about 20 years ago. Even though we have come a long way from where we were pertaining to weather forecasts, there are still many challenges that remain regarding to long-term weather predictability.

When referring to the accuracy of individual weather forecasts, it varies quite significantly. There are many challenges that still need to be worked out, such as finding out more about the uncertainties with an individual forecast, as well as improving the skills where the progress has been difficult. This could include the accuracy of predicting heavy rainfall, intensity, speed, and structure of a tropical cyclone.

There is still more work to do to improve the accuracy of weather forecasting, but it has come a long way from where it once was!