Are you a hockey fan, thinking of taking a trip north of the border this Fall? Canada can be pretty picky when it comes to letting in people with dubious past, especially if a person had any kind of charges against them in another country. There are, however, borderline cases, which may or may not prevent one from visiting Canada, and DUI charges belong to them. 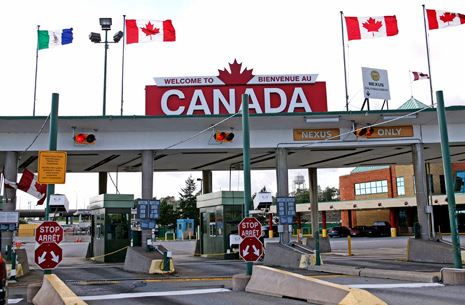 Contrary to common belief, having DUI charges does not mean that you will automatically be refused entry to Canada. In case the charges were dropped, you were found not guilty in court or never had criminal charges filed against you at all entering Canada with DUI arrest shouldn’t present any problems – but it pays to be prepared and know all ins and outs of the situation before you try going there.

As a part of anti-terrorist protection the United States and Canada fully share information about criminal charges between each other – however, this information is not always kept up to date. The problem with DUI arrest may have been already resolved in your favor, but if the data about this case hasn’t been updated yet you may be wrongfully considered to be ineligible for entering Canada.

If you have a conviction, everything is much, much more serious. Canadian law, as well as the majority of Canadians, treats driving under the influence as a very serious offense, and while it may be considered to be a minor misdemeanor in some countries, Canada does its best to prevent people with such charges from putting its own citizens in danger. If you have been convicted for DUI within the last ten years, you will have major problems with entering the country, as the degree of severity of your crime will be determined by Canadian laws, not by the laws of the country where the offense took place. Even if you were just caught while driving under the influence and there was no accident of any kind, it is the fact that matters. In order to find out whether you will be allowed to visit Canada in your particular case, the best course of action is to contact Canadian authorities.

Moreover, you should take notice that the manner in which you arrive in the country doesn’t matter in this case. You may be sitting in passenger’s seat, have no intention whatsoever to drive while in Canada, or simply visit on a sightseeing one-day tour without even a possibility to drive anywhere – if you have a DUI conviction you will be turned away at the Canadian border.

You status as a visitor doesn’t play any role as well – it doesn’t matter if you are an invited guest, a government official or visitor for a special event – even former American President G.W. Bush during his period in office had to apply for a special waiver to visit Canada because he had a drunken driving incident back in 1970s.

However, it is worth noting that even having a drunken driving conviction doesn’t mean you are one hundred percent certain to be refused entry. Whether to let you in or to turn you away is left completely at the discretion of border officials, as they look at each case individually. Americans visiting Canada reported that sometimes they managed to get in several times only to be barred entry the next time, although they didn’t commit any new offences. Don’t hope for it too much, however – Canadians generally have pretty strong views on drunken driving, and their ignoring such things is more of an exception than a rule. General rule of a thumb is that the older your offence is, the more likely it is to be waived off.

How long ago your offense was plays an important role in getting legal waiver to enter the country. You can apply for rehabilitation after a certain period of time has passed since the completion of the sentence (not the time of offense!), with the period varying from five to ten years.

And last but not the least – the worst thing you can do when trying to cross Canadian border is to lie about your convictions, especially if you are an American citizen, as they already know your criminal record. If you are found out in a lie you are most likely to be barred entrance to Canada not just now, but for many years to come.