The Midwest, Mid-South, and Mid-Atlantic has been pummeled by cold weather in late 2014 and much of early 2015 with no end in sight. Winter storms Octavia and Winter Storm Neptune which ripped through much of Midwest and Northeast causing much destruction, havoc and power loss to individuals in it’s path. Neptune thrashed the Midwest and Northeast over the weekend, and now it is winter storm Octavia’s turn to wreck havoc. But winter storm Neptune is not over yet either. Both storm systems are expected to cause major damage throughout the effected areas, and residents in several states have already seen both fatalities and property damage due to the extreme record setting winter weather. No one appears safe from this winter storm, include the Oscar Mayor Wienermobile which was shown in a video wrecked along the side of a road. 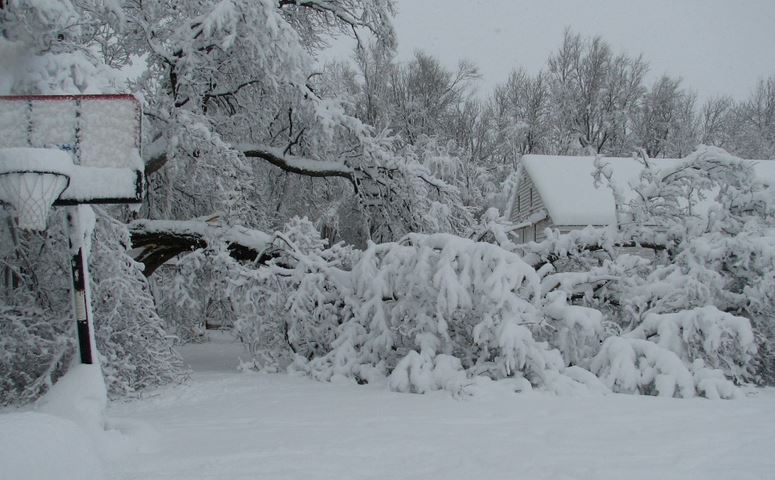 The states in the Midwest facing winter Storm Octavia include Illinois, Kansas and Missouri, meanwhile Winter Storm Neptune continues to pound areas such as Michigan. Over 10 inches of snow have fallen in Illinois. Illinois has reported some of the highest snowfall totals from Octavia thus far. Residents of Illinois are advised to stay off the roads. Classes at the Southern Illinois University have been canceled. Kansas has one death reported so far in Garden City, where a man was killed when his car slid on the ice and was then hit by an Amtrak train. Missouri has had a high amount of snow from Octavia, with some parts of the state receiving 9 inches or more, but Missouri has been lucky this winter season not receiving as much snow as usual for this time of the year.

Indiana has not received to much snow from the winter storm, only about 3.5 inches thus far, but many homes in Indiana have sustained wind damage from this storm. Wind speeds in much of Indiana have ranged from 45 mph to 55 mph. Michigan on the other hand has been taking quite a bit of punishing weather due to both storms, with some areas receiving up to 9 inches of snow and some areas like Copper Harbor, Alger County, northern Delta County and much of Marquette County all suffering blizzard like conditions. Michigan has suffered from the brunt of the high winds from Winter storm Neptune, with some areas suffering from winds of 72 mph, the lowest wind speed being recorded at 46 mph near Marquette. Large parts of Ohio have also sustained storm damage from Winter storm Neptune, with some areas receiving upwards of 8 inches of snow and up to 49 mph winds. The high winds are to blame for much of the property damage in Ohio. Winter storm Octavia is Covering much of the Midwest roads in snow. Winter Storm Octavia has coated roads in the Midwest and Ohio Valley with a layer of snow that has caused complications for those trying to get to work in the effected areas.

With these two storms it is not just the snow that is causing problems for property owners, but also the sleet, ice, high winds and in some areas hail. Freezing rain and extreme winds are combining to add to the problem for many in these storms path. Black ice on trees and ice on power lines are causing power outages, and the high winds in some areas are causing downed trees and roof damage to structures in the storms path. The weather has also been the cause of many auto accidents in both Neptune and Octavia’s path. Airlines such as American Airlines have been offering travel options for customers who wish to make a voluntary itinerary change because their flights plans may be impacted by the travel advisory due to winter storm Octavia.