At the beginning of 2014 Gov. John Hickenlooper’s office predicted that in case of legalization of recreational marijuana Colorado would get an additional sum in taxes, no less than $118 million. Now his office changed its mind and claimed that Colorado’s budget would only get additional $69 million by June 2015. How could analysts make a mistake like that? Did the amount of marijuana smokers prove to be smaller? Not likely. Vaporizer pens and joints didn’t lose their attractiveness neither to the patients, who need cannabis as a medicine, nor to simple connoisseurs.

The thing is that the idea about marijuana taxes did not just come out of nowhere. In recent years United States try to win money to close budget shortfalls by raising taxes for different kinds of “sin” products: cigarettes, gambling and now – marijuana. The most curious thing about this trend is that gambling and high cigarette taxes did not pay off. Though as for the cigarette taxes, they helped to reduce the quantity of the smokers around the country. However, the main goal – sufficient income from these two industries – was not reached. Same story happened in case of marijuana – legal recreational marijuana sales appeared to be lower than expected. The cause is very simple – the customers don’t bother going to medical marijuana dispensaries, giving their preference to black market. 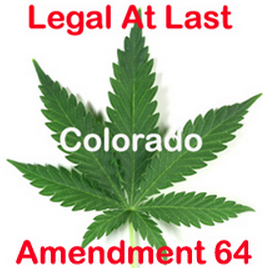 Andrew Freedman, Colorado’s director of marijuana coordinator, claims that the biggest barrier on revenue is the fact that the Colorado’s cannabis market remains unregulated till the present moment. According to the state’s Department of Revenue 2014 report, 77 tons of marijuana was sold by recreational marijuana retailers and at medical dispensaries during the last year, while the total amount of the consumed cannabis was 130 tons. While black market still exists, the full amount of taxes will never reach Colorado’s budget.

Colorado made an example of itself to other states. Now it is plain to see that it is most wise to tax cannabis by the gram in order to protect states from revenue declines in case of the fall of pretax prices. However, while Colorado tries to reduce the quantity of illegal marijuana dealers by imposing new rules and law limitations, the officials of the state accept that they don’t expect the high revenues to be one of the biggest achievements, ensured by marijuana legalization. The social effects, like the decrease of criminal activity and the public health protection, are going to be more important and more successful.