One of the signature characteristics of the Cupertino giant is it’s fearless innovation. Whilst they weren’t the first to develop MP3 players, smart phones, or tablets, they were certainly the first major company to produce, promote, and stand behind what were still massive technological innovations at the time.

But is all experimentation good? Does every new idea that Apple touches turn to gold? The results of their latest ventures into new areas would clearly indicate ‘No’. Both their latest offerings in advertising and iOS updates have dented their stellar reputation.

Apple’s approach to advertising has taken a significant and dramatic shift in the last three years. Their traditional, and frequently very successful campaigns centered around interaction and story-telling are now a thing of the past as they shift towards a more ‘practical’ approach – not something industry leading companies do very often.

One obvious example is the latest iPhone ad released earlier this month. Gone is the emphasis on beauty, style, and ease of use. This is an ad about hardware and software. It’s an ad about nuts and bolts and programming – something never before seen come out of the Apple advertising machine. 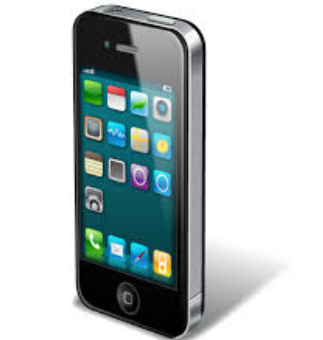 Their first ad of the campaign, “Hardware”, tries to devaluate its competitors. This isn’t even comparable to Samsung’s A/B comparison type ads. Both Apple’s ads, “Hardware” and “Loved”, try to do something Apple never really seemed to believe in, which is talking at their audience without any real interaction that would be capable of connecting with them.

This ad campaign has received a lot of negative feedback, and it isn’t even being termed of Apple’s standard by many, especially when compared to their “I’m a Mac, I’m a PC” campaign which ended in 2009. Also, this ad campaign had also been followed with numerous other successful and popular ad campaigns, and maybe this is the reason hopes always seem to be high from each and every ad campaign Apple comes up with. However, considering that this “If it’s not an iPhone, it’s not an iPhone” campaign doesn’t come with the appealing factors Apple’s ad campaigns usually come with, it seems to be receiving quite a bit of criticism.

The “Hardware” tries to place emphasis on the importance of building their own hardware and software in tandem, something that can obviously be taken as an attempt to criticize Samsung and other OEMs, which depend on Google’s fragmented Android operating system. On the other hand, “Loved” tries to reveal the quality of user experience an iPhone provides, saying 99 percent of the iPhone users love it. It also goes on to show colorful videos in iPhone of its users having a lot of fun. Now though this did seem to be a better attempt too many, it was also a bit unfocused to manage to leave the desired effect.

Advertising isn’t the only area the company’s experimentation is having an impact.

Besides its slightly shocking ad campaign, even its latest iOS upgrade seems to be raising a lot of eyebrows. Though the latest iOS upgrade, iOS 8.4, seems to be getting the basics right, it’s also creating a new wave of headaches for consumers. Firstly, some changes it comes with may mess up your iTunes, and go on to butchering the Home Sharing feature. Users will no longer be able to downgrade to iOS 8.3 even if they wish. This, in many people’s opinions, is a plainly stupid move, and will result in more people turning to iPhone unlocking and iPhone jailbreaking to get the features and functions they want in their iPhone.

While it’s important for companies to continuously reinvent themselves and stay at the forefront of innovation and technological advancement, not all changes are for the best. Apple’s clearly committed to maintaining their position as market leaders, but given failure of their latest adventures in innovation, it might be a good opportunity to stop and assess this new direction to make sure it’s the right one for the future of Apple.