For American users that will be call center, or contact center, customer services, etc. Whatever product or service you are using, from a desktop computer to a mobile phone/smartphone to your ISP, chances are that at some point you will want not simply on-line help but telephone help.

Call centres extend far beyond that though, they date back to the 1960s when for most of us computers were massive machines that we saw occasionally in science fiction films or real life documentaries. In the UK, the call centre of the Birmingham Post & Mail newspaper dates to 1965. In 1972, British Gas installed a call centre in Wales that was capable of handling 20,000 calls a week. This is said also to have been the worlds first multilingual or perhaps we should say bilingual call centre. 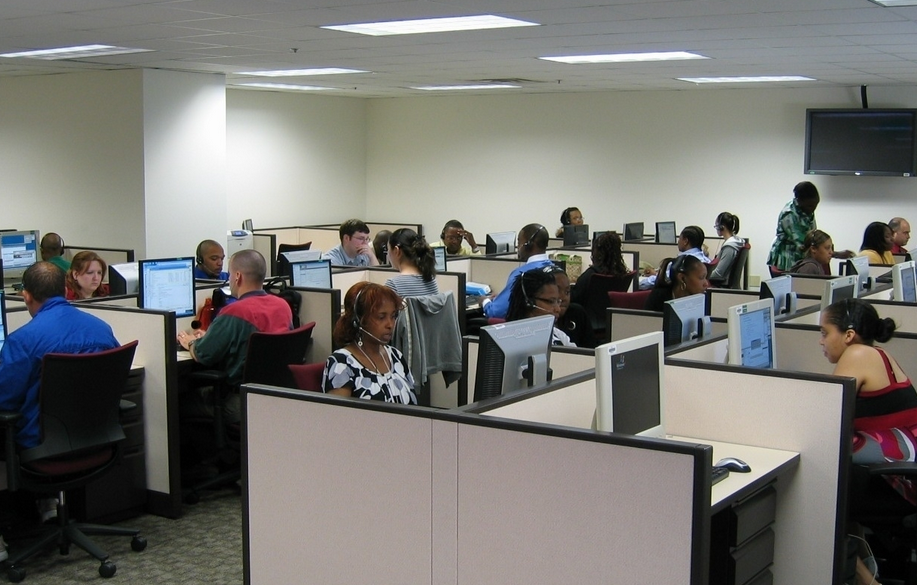 For the modern call centre, that fluency in other languages is important, especially if that other language is English, because English is not only the language of the Western world, it is the language of international business and indeed of the known Universe. While Indian graduates, Arab sheikhs and Chinese businessmen often put native English speakers to shame, locating call centres for the English-speaking world in countries where it is spoken as a second language can be a risky business, because although words may translate, often meanings do not. This, and other factors such as telephonists reading from a script or keeping someone holding and holding and holding can leave a caller with a sense of exasperation, as anyone visiting the British Telecom users forum will appreciate.

British Telecom uses call centres in both India and the UK, but the nation which now leads the world in call centres is the Philippines, where Visaya Knowledge Process is based. The company was launched with 14 employees, but in February this year it was reported to have grown to over 200. Even so, it is a small player in a sector which is said to employ a million workers. The standard of English spoken in the Philippines is said to be more American than in India.

What is the future of customer services besides multi language support? The most obvious answer would be customer support for mobile users. The latest statistics show that over two-thirds of American adults have a smartphone! That is surely something that shouldn’t be overlooked and every company should address means of getting different options of customer service to these users. In my opinion this is the future and the future is here and now!