Hurricane Joaquin never made landfall in the U.S, even though early forecasts had predicted it would strike the East Coast. Yet you cannot tell looking through the majority of South Carolina. South Carolina has been punished by record rains, the only thing they have to be thankful for is that no high winds accompanied the rains. 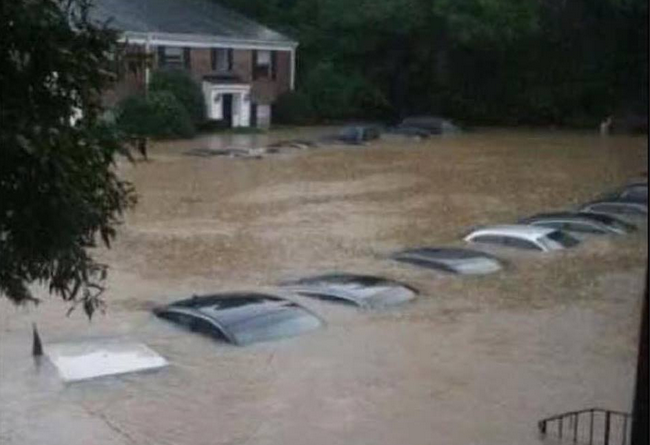 While the rains have ceased, the long road to rebuilding shattered lives, hopes, dreams, and destroyed homes and businesses is far from over. The rebuilding effort will take years for residents to see the wrath of this storm as but a memory. Many residents of North Carolina’s lives will never ever be the same.

North Carolina will need federal aid, and lots of it if it hopes to recover. We can only hope that FEMA does not mess this effort up, as it did with Katrina and Sandy. Many residents only escaped with the clothes on their back, their possessions, and even their homes but a shattered memory. Some residents escaped total devastation, but will require the services of expert water damage restoration professionals if they ever hope to clean up the mess and save their possessions.

It could take weeks for the floods in and around Charleston to fully abate. Even the capital, Columbia saw record flooding. To make matters worse, 9 dams in the state have failed, with possibly more to come. It started with but one dam, then in a domino like effect, one dam after another failed. Several other dams at this moment are in the process of being over-topped. South Carolina Gov. Nikki Haley has said that more evacuations are possible, since more dams may break. South Carolina is not out of the woods yet, and the next 3 days could see more fatalities, where already 11 deaths have been reported. Luckily most people escaped with their lives, but their properties and possessions have been laid waste by the flood waters.

South Carolina is not without help at the present however, as roughly 1300 Nation Guard troops have been mobilized to aid and assist grief stricken residents, and aid in the recovery effort, which is already well under way. This is on top of the 250 plus state troopers which have been mobilized in response to the disaster. Other state agencies and federal government agencies are also mobilizing in response. Most of the federal crews are assessment crews, there to survey the damage for the federal government, so that our elected officials and federal aid agencies have a clear idea of what is needed throughout the state. Rescue crews have also been kept busy at a steady pace, including helicopter crews which have rescued dozens of stranded residents. These rescue crews will no doubt be busy well into the week.

Travel throughout the state is rather difficult, as more than 550 roads throughout the state remain closed as of today. There is clear worry about sink holes and mud slides as well. Even bridges are closed, with roughly 100 bridges remaining closed, and are expected to remain closed for days, until emergency crews and engineers can assess their safety. South Carolina Gov. Nikki Haley has urged residents to stay off the roads.