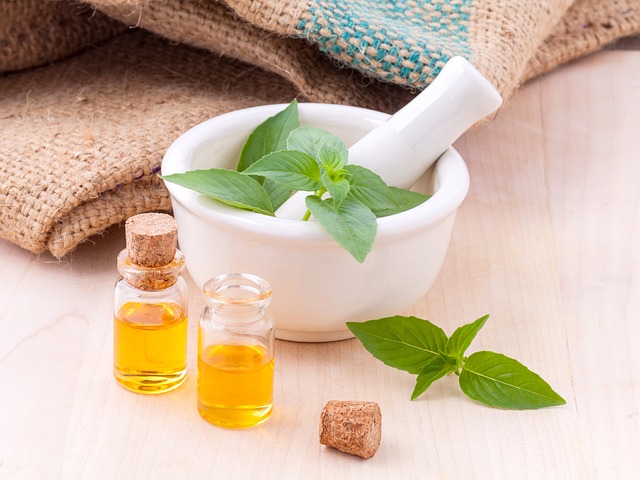 Ask anyone who uses essential oils around the house and they’ll swear they make a difference.

Unfortunately, your great-aunt’s positive experiences with lavender, lemon, and chamomile aren’t considered scientific evidence by the FDA. For companies to claim that a specific herb has a specific effect on a person’s body, the herb needs to undergo strict testing by trained scientists and researchers.

Even then, the results aren’t always so cut-and-dry. Much of the research done on herbs used in essential oils has, in fact, ended up being inconclusive.

Regardless of whether or not scientists can come to a consensus on the healing powers – or lack thereof – of essential oils, there are many herbs that have been used throughout human history for a variety of health benefits.

The two most common essential oils that purport to enhance your mood are lavender and lemon.

Oddly enough, when tested in a scientific setting, lavender showed no significant results in ability to lift subjects’ moods. It actually showed to be as ineffective as plain old distilled water.

On the other hand, lemon oil did show to be effective as a mood enhancer – or, at least, it was shown to be more effective than lavender and water.

Still, the results were not clear enough for scientists to claim with certainty that lemon oil can elevate a person’s mood.

Lavender and lemon were also involved in a study involving patients with dementia who exhibited signs of extreme anxiety.

In separate studies, both herbs when used in essential oils were shown to have positive effects on patients suffering from dementia-related anxiety. In one study, scientists determined lavender to have a calming effect on patients, especially when combined with acupressure therapy. On the other hand, lemon was shown to reduce signs of agitation in patients.

In non-clinical settings, it’s hard to argue that the scent of essential oils has the ability to calm the mind and body. But, once again, if these claims are not able to be backed up through the scientific method, companies legally cannot claim the effects as 100% certain.

When it comes to essential oils claiming to relieve feelings of nausea, ginger and peppermint usually top the list.

Believe it or not, isopropyl alcohol has actually proven to be an incredibly effective treatment for nausea. A collection of nine studies was reviewed for the Annals of Emergency Medicine, which showed that patients who sniffed cotton swabs soaked in isopropyl reported less nausea than those who sniffed swabs soaked in mere saltwater.

Though other essential oils were involved in the study, none of them were as effective as isopropyl alcohol in treating nausea. Again, this isn’t to say that essential oils don’t ease a nauseated stomach – but they don’t necessarily actually help, either.

Essential oils absolutely do bring a pleasant aroma into the home – this much cannot be argued. However, what is – and will continue to be – up for debate is whether or not they have any medicinal function. Until scientists can come to a consensus – which is not easy to do – essential oil companies will have to rely on speculation and word of mouth to support these claims.