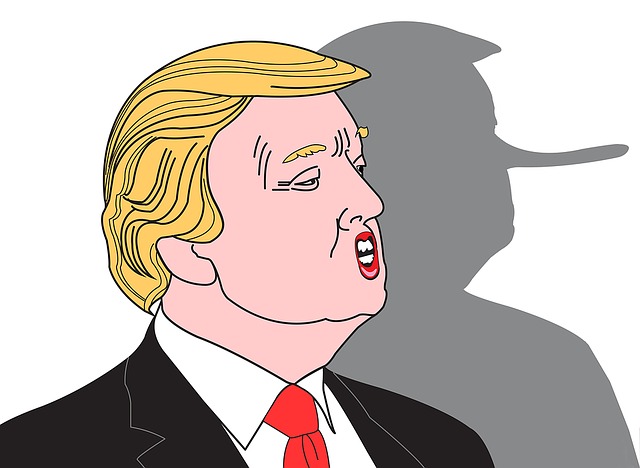 Considering he’s not a career politician, Donald Trump is an excellent liar.

No matter how easy it is to tell when he’s lying (he interrupts and interjects, repeats himself, and skirts the actual issue all too often), he continues to get away with spreading rumors and falsehoods almost every single time he’s in front of the press.

He lies so much that it’s almost laughable. In March of this year, the Huffington Post published a study that found he spouted an average of 1.16 lies per minute during a single Republican party debate.

Let’s take a look at some of the most ridiculous and blatantly false statements Trump has made during his campaign for candidacy:

While it’s not unknown for politicians to flip-flop when confronted with evidence that suggests they currently may not be telling the truth, Trump simply shuts down reporters who even attempt to unearth the truth.

The question is: Why in the world does this work? How has Trump been able to get away with so many – and so many important – lies?

The answer: We let him.

Whenever journalists, moderators, or even debate opponents catch Trump in a lie, they somehow let the issue go right when it seems they could really nail him.

Journalists may fear that by pushing Trump too far, they’ll eventually lose access to him altogether. Or they may be getting flak from their higher-ups, who fear the same. Or, they simply might not be very good at their job.

As for the moderators and his opponents, perhaps they feel that Trump’s pathological lying is more detrimental to his campaign than engaging with him in a war of words and semantics.

Or, perhaps, when in the midst of dialogue with another individual – be it journalist, moderator, or opposing politician – Trump simply knows how to say whatever he wants while simultaneously getting everyone else to agree with him.

Maybe he is cut out to be a politician, after all.