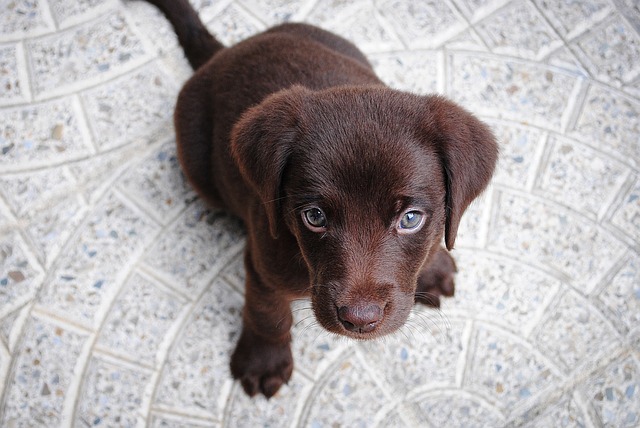 As any animal lover can attest to, a beloved pet has a lot more to say than you’d at first believe.

They also have an innate ability to tell when their beloved human friends are in danger.

Such is the case with Bella, a 6-year-old chocolate labrador retriever, who played an integral role in saving the life of Shannon Henderson.

It all started this past April, when Vickie Renshaw brought Bella to Henderson, who had, at the time, owned Best In Show dog grooming. Renshaw had left her beloved lab with Henderson for the weekend, just as she had always done in the past.

Though Henderson had recently suffered from mild seizures, they had not interfered with her ability to work or care for the animals she had been charged with. Unfortunately, while walking Bella at around 9 PM that night, Henderson suffered a debilitating seizure that rendered her unconscious.

Henderson lay there throughout the night, unable to move, call for help, or care for Bella. Luckily, Alvin Meador and Judy Lindsey showed up the next morning when their own business was scheduled to open nearby.

Lindsey noticed Bella standing alone, and Meador approached her to see what the poor dog was doing by herself. Bella then began to walk toward a small, grass-covered area nearby. She was leading Meador right to Henderson.

Meador immediately called out to Lindsey, informing her to call 911. While the pair waited for an ambulance to arrive, they heard Henderson’s cell phone ring.

They informed the party on the other line, Henderson’s friend Sandie Norwood, of what had happened. Norwood had known about Henderson’s condition, and immediately flew to Bowling Green.

Henderson was brought to The Medical Center, where she stayed for eight days. She was treated not only for her seizures, but also for hypothermia.

It turns out Henderson survived because Bella had laid on top of her throughout the night, shielding her from the frigid temperatures that would have certainly caused her organs to fail.

Henderson continues to struggle with her increasingly debilitating condition, but she now has a few more friends – canine and human – to help along the way.