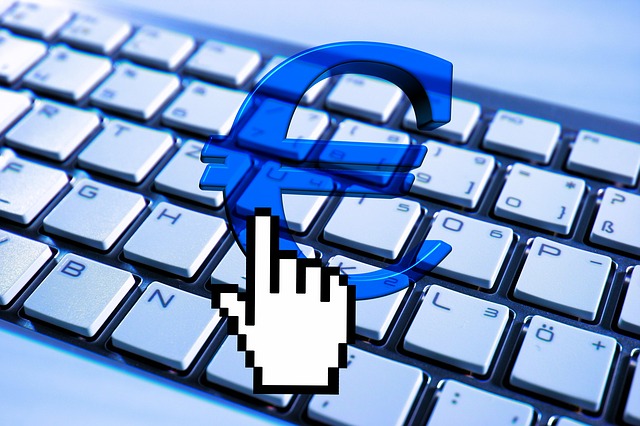 There is no doubt that Deutsche Bank is in trouble. It is fighting headwinds from low interest rates, as well as tougher banking regulations and is in the process of implementing huge restructuring plans that will result in the bank withdrawing from some business areas. On top of that, Deutsche Bank was hit with heavy fines last year.

While Deutsche Bank is at risk, it is too big to fail and, should push comes to shove, it will be bailed out by government, albeit it at the expense of taxpayers. The bank is however raising fresh capital from investors and that’s great for affected taxpayers, as every dollar that is extracted from investors will lower the burden on taxpayers.

Deutsche Bank has been raising huge amounts of capital since the Financial Crisis, totaling some $20 billion so far. Its latest effort to raise another $8.5 billion by selling shares would bring the total to $28.5 billion. This will dilute existing shareholders further, and this is good news for affected taxpayers.

According to a regulatory filing, HNA Group, a Chinese conglomerate, is now the largest shareholder in Germany’s biggest lender after increasing its stake to nearly 10 per cent. HNA Group is an aviation and shipping group and it has now vaulted US management giant BlackRock after its holding in Deutsche Bank reached 9.92 per cent, worth 3.4 billion euros (USD 3.7 billion). BlackRock holds a stake of 5.88 per cent in Deutsche Bank as of April.

HNA has been buying overseas assets steadily, ranging from airlines to hotels, although the Chinese government has restricted acquisitions in foreign assets due to concerns about the weakening yuan.

Taxpayers are however not home free yet. The assets on Deutsche Bank’s balance sheet is equal to 58% of Germany’s GDP. The $8.5 billion in new capital will however lower the risks for affected taxpayers.

Deutsche Bank CEO John Cryan tried to persuade existing shareholders (not taxpayers) this week that watering down their stakes by selling $8.5 billion of new shares would be good for them. If they want to preserve their stake, they could buy into the offer. He backed this up with a new emergency turnaround plan, the last of many that have been proposed over the years.

Deutsche Bank was the first bank to be fined by the Federal Reserve’s for failing to ensure traders stick to the Volcker Rule’s ban on risky market bets. The German bank will pay even more for allowing currency desks to chat online with competitors, supposedly revealing positions in the process.

The simultaneous sanctions total nearly $157 million and fault lax oversight of traders. In March 2016, Deutsche Bank admitted to the Fed that it still did not have acceptable systems for tracking deals that might be contrary to the Volcker ban.

In a statement, the Fed noted that there were significant gaps in key aspects of Deutsche Bank’s Volcker Rule compliance program. The fine for these lapses was $19.7 million. The Fed also found that the bank did not notice that currency traders engaged in “unsafe and unsound conduct” via chats and fined them $136.9 million for that.

The Volcker Rule was put in place in an attempt to make the financial system safer by prohibiting banks with federally insured deposits from betting their own money. Such practices resulted in huge profits and bonuses before the 2008 financial crisis.

The latest penalties raises the banks’ total legal settlements and fines since the beginning of 2008 to $14.7 billion, the highest of any European bank. This highlight the weakness of its controls after it grew aggressively to compete with US investment banks. Deutsche Bank has now decided to cut bonuses drastically as it struggles to turn a profit and faces the big bill for litigation.

Shareholders praised the bonus cuts, which will affect about a quarter of Deutsche bank’s roughly 100,000 staff. Union Investment fund manager Ingo Speich noted that this step is necessary for the long term recovery of Deutsche Bank, just as the cancellation of the dividend is. He added that Deutsche Bank would not be able to meet bank capital rules if it spent a lot of money on bonuses.

Another investor explained that although Deutsche Bank needs to cut costs, it needs to at the same time retain staff in order to benefit from an expected upturn in investment banking. The investor added that cutting bonuses after a bad year is better than laying off too many of the staff you will need to win business. The bank’s management board has decided to waive its own bonuses for 2016. Employees with the titles of vice president, director and managing director will get no 2016 bonus, but will be offered a retention package instead.