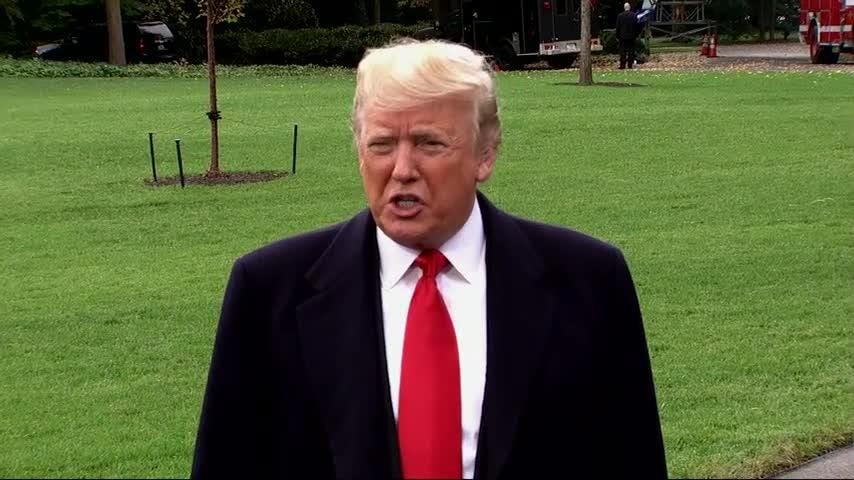 President Donald Trump says if migrants throw rocks at US troops they’re not going to be shot, but they’re “going to be arrested.” He previously had said the US military should react to rock-throwing migrants as though the rocks were “rifles.” (Nov. 2)