Salvia Divinorum, or Diviner’s Sage, a psychoactive plant originating from Mexico, has been largely unknown to the outside world until recently, when it became much more readily available and well-studied after the advent of the Internet.

Just like any other psychoactive plant, it immediately became a target of many accusations and criticism, often unjustified (for the sheer reason there is no conclusive research that would prove any negative long-term effects of its consumption). All serious scientists that took some time to study Salvia Divinorum share one view upon it: its effects have nothing in common with powerful hallucinogens like LSD, to which it is often inaccurately compared in big media.

Right now in many countries Salvia is criminalized and treated with the same, if not higher, amount of hostility as marijuana or even hard drugs. According to research, however, its effects are completely unlike that of marijuana (which is already considered to be a recreational drug in some countries) and only last from 8 minutes to half an hour.

As for medicinal use of Salvia Divinorum, it has a long history. It has been used by Mazatec Indians in certain regions of Mexico for hundreds of years, mainly in order to induce shamanistic hallucinations or divinations. In addition to that, it has been known as a potent medicinal herb, used to cure various illnesses, ranging from diarrhea and rheumatism to anemia and personality disorders.

And, although research in medical qualities of this fascinating plant has been so far sketchy at best, what we know by now shows that Salvia Divinorum has a bright future, at least if the governments of more influential countries can overcome their cultural bias and become more tolerant of research in this direction.

Right now we know that Salvia Divinorum can be used to cure the addiction to other, much more potent and undoubtedly more harmful substances, like meth or cocaine. It can be used to treat mental disorders, which has been practiced (albeit in a quasi-mystical sense) for centuries by Mazatec diviners, which means that in future it can open the way to creating the whole array of new drugs that can be used to deal with schizophrenia, Alzheimer’s disease, chronic pain and other serious illnesses. 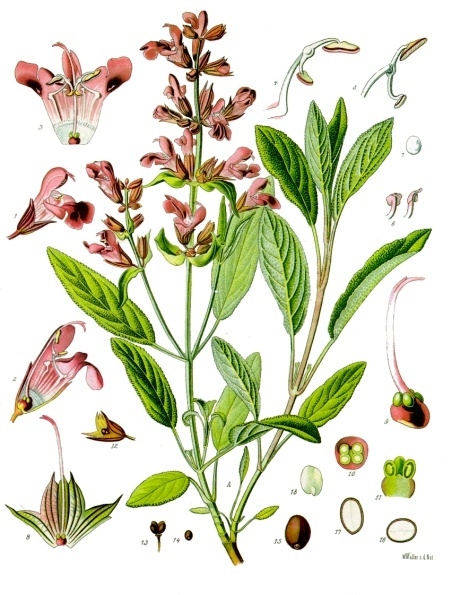 So far, however, the knowledge about possible positive effects of Salvia Divinorum and the prospects opened by its research remains largely unknown to the populace, because the majority of scientists don’t want to deal with such a controversial drug. It is, on the one hand, not easy to get a permit on its research, and on the other hand – one cannot know for sure if this research will do any good, with its subject being treated so suspiciously from the outset.

Thus, the evidence of positive effects of Salvia Divinorum is still limited to isolated studies and anecdotal reports made by individual users.

All in all, it can be said that governing bodies of most countries treat Salvia Divinorum much worse than it deserves. There is no corroborative evidence of its negative effects, while potential benefits from deeper research in this field can hardly be overestimated – any research that may lead to improvements in the living conditions of people suffering from incurable illnesses like Alzheimer’s is certainly something that should be paid closest attention to.