Many Loopholes Exist With Home Insurance and Flood Issues

The past 60 days have been filled with stories of flooding disasters in many areas, from Detroit to Phoenix, there have been no shortage of peril caused by mother nature and severe weather. The crazy weather has created millions of dollars in property damages. There are loopholes in home owners insurance that are absolutely shocking. Insurance companies pay out millions of dollars each year for claims. Since this is the case, insurance companies write clauses into the contracts called exclusions that customers agree to. This allows them to reject more claims and pay out less. This is just as evident when it comes to flood insurance as any other type of insurance. According to Floodsmart.org, since 1978, the National Flood insurance Program (NFIP) has paid more than $48.1 billion for flood insurance claims and related costs (as of 7/8/13).* Its for this reason that customers need to be aware of what loopholes exist in home insurance and flood related issues, and what actual coverage their policy provides for them. 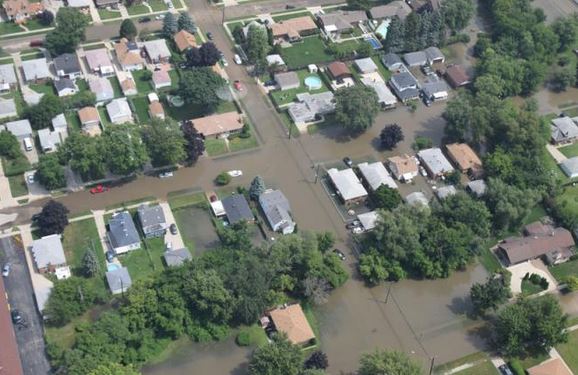 The biggest misconception most homeowners have is that they automatically assume their home owners insurance policy covers their home and the valuables in it. Unfortunately, when defined by insurance carriers, flooding is not deemed an “act of nature” and therefore not covered by their home policy. Separate flood coverage through the NFIP has to be purchased to protect everything in your home against floods and flood damage.

One especially concerning exclusion that is written into nearly all insurance contracts and terms is the “anti-concurrent causation clause.” According to this clause, if two events happens nearly simultaneously and one is covered and the other is not covered, the entire claim is subject to be denied. A common example is most policies cover wind damage but not flood damage. If your roof is ripped off due to wind damage and then flooded because of a result of the wind damage leaving it exposed, then the normally covered wind damage would be denied. No coverage provided for EITHER occurrence. This was particularly disturbing for Hurricane Katrina victims in the aftermath of the storm. Even though it seems unfair and there has been public outrage, there is precedent set in our judicial system where US Courts have upheld the clause.**

Most policies have an inclusion that may pay “actual cash value,” which in most cases is far less useful than replacement cost. Some even do offer replacement cost for your home, but only cash value for your belongings inside the home. Evaluate your policy to see if you may need extra coverage for possessions such as electronics, jewelry, and heirlooms.

Every year countless homeowners face denied claims and the unclear future for themselves and their family because their policy doesn’t cover their loss. Some of the gaps in coverage can’t be filled at any price, but reviewing your policies and knowing what exclusions are in them will keep you better prepared in the event of an unfortunate loss.

When all avenues are exhausted, following disasters many people rely on FEMA to bail them out, but this only works when an area is declared a national disaster.

Key Takeaways
*Review your insurance policy thoroughly on an annual basis
*Speak with your broker or carrier regarding riders for flooding, sewer backup, sump pump failures
*Hurricane coverage is different than flood coverage
*Shop your policies annually
*Find out the price of flood insurance, in some areas it may not be as expensive as you anticipate
*Flood insurance takes 30 days to bind, so you can not purchase this days before a major weather event