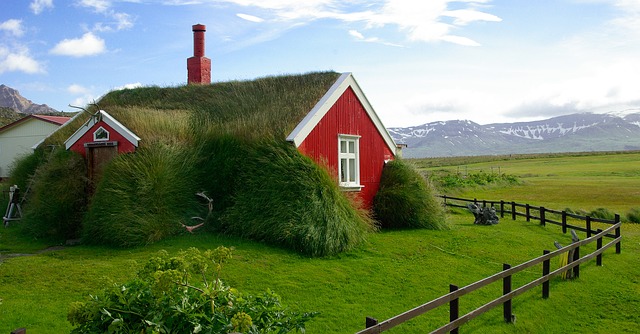 When someone says the word “love,” the next word that usually comes to mind is “marriage.”

But that’s not always the case. It seems that people living in Iceland have better things to do than spend thousands of dollars on a ceremony that lasts a couple hours.

In fact, there are countries in which marriage isn’t really seen as the “be all, end all” in terms of a relationship. In these areas of the world, marriage is seen as more of an arbitrary social status than a sacred vow made between two lovebirds.

In many western countries – specifically the US – there is a cultural taboo surrounding couples who live together and become pregnant before marriage. Whether due to the religious or societal norms within these countries, families made up of unmarried individuals are often seen as “broken” – especially when parents decide to split up.

In Iceland, though, this taboo simply doesn’t exist. Being a single parent doesn’t come with any  sort of social baggage, and doesn’t result in others whispering behind each other’s back. Married or unmarried, Icelandic women are free to live their life without being judged by others.

Parents in Iceland are granted a generous amount of paid leave upon the birth of a child. Both men and women are granted three months of leave – at 80% pay – and an additional three months to be split between the two. This may be part of the reason behind the absence of social stigma regarding single parents – regardless of a person’s marital status, they will still be able to work and care for their child simultaneously.

The main thing to consider when mulling all of this over is the fact that Iceland consistently rates near the top of the charts in annual polls addressing overall happiness. It’s becoming more and more clear that happiness is not created by some outside force or societal norm – it comes from having the freedom to live your life the way you want to live it, and without the fear of being judged by others.