This winter has been one for the record books, with snowfall totals breaking records on the east coast and temperatures breaking records throughout the whole country. Obviously, this can sometimes wreak havoc on your property. Snow and ice can cause problems for many homeowners. What if a foot of snow causes your roof to collapse, or what if your pipes freeze and burst? Will the insurance company cover the damage? This is all dependent on whether your policy provides coverage for named perils or open perils. 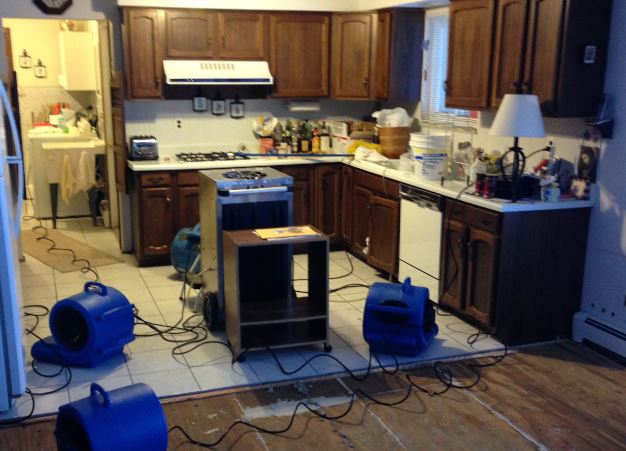 Here are six instances relating to winter weather in which you should check your coverage for:

1) Roof Collapse
If any of your personal property is damaged because the roof collapsed under the weight of snow, then coverage for damage from a collapse is put into effect. When there is a lot of snow and ice on top of a roof it may cause the structure to sag, which isn’t considered a collapse on homeowner’s forms, or the gutters could pull away from the roof, leading to personal property damage (which is a covered loss).

2) Snow Melt and Ice Dams
An ice dam is just water that has begun to melt and then had the chance to refreeze. This is caused by the weight of the snow that has compacted and turned to ice, and usually will cause water to back up underneath the shingles and even flow into the home due to a clogged gutter. If this water stains the walls and damages your ceilings then there is coverage for damage to the building structure because there isn’t an exclusion for the snow thawing. Also, any type of water damage to the contents should be covered because the weight of the ice, snow, or sleet that caused the damage is covered.

Check out the Youtube Video to determine if your property is properly insulated.

3) Incorrect Installation
In a lot of cases, the sheer weight of the ice may cause cracks between the shingles, therefore letting water seep in. If the leak was caused because the shingles or roofing was not properly installed, your policy may not cover the cost to repair the roof. More than likely it will only cover damages if any of the contents were damaged. It is good to remember that with named perils coverage it is left to you to prove that the covered instance was the cause of the loss. If you have a comprehensive policy instead of a special form policy, it is up to the insurer to prove that the loss isn’t covered.

4) Burst Pipes
Whether your home is vacant, unoccupied, or occupied, homeowners insurance will not cover frozen pipes, heating, automatic fire protection, or air conditioning unless you have taken precautions to maintain the heat in the building, or you have turned off the water to the building and drained the system as well as the appliances.
This is usually an issue with residents who like to live somewhere warmer during the winter. It is a general rule to keep your thermostat set at around 55 degrees during the winter so that your pipes don’t freeze, but if your furnace breaks down and you’re out of town, you may also be out of luck. If your property is going to be vacant for a while and you don’t necessarily want to leave the heat on, make sure that you shut off the water supply to all pipes and drain your system and appliances so that you can avoid this hassle. Also, you should have a trusted relative/friend check up on your home while you are away; especially when the temperature is very low for an extended period of time.

5) Damage From Frozen Tree Branches
For the most part, shrubs, plants, trees, and lawns are not covered for damage by the elements. This could be anything such as the weight of ice or snow, hail, wind, or any other unnamed peril that would be covered under the open perils coverage. If the tree branch ends up falling on your home or a detached structure that is listed in your policy, then damage is covered.

6) Power Outage Due to Winter Storm
A lot of residents in the Northeast have undergone power failures that lasted for a week or more just this winter. Usually, your homeowner’s policy will cover the cost of the food in your refrigerator and freezer up to a certain dollar limit. If you cannot stay at your home due to the power failure, some policies provide coverage for temporary housing and meals.

It is always in your best interest as a homeowner to be sure you completely understand your coverage and take precautions. If you can do so without risking your safety, make sure to shovel large amounts of snow off of your roof with a snow rake and unclog your gutters. If you cannot do this on your own, call a contractor to do so for you!