Much discussion is going on about the upcoming changes Google is making to its algorithm on April 21st. While Google itself has been silent on the matter for the most part there are several clues on the direction that these changes are headed. Google has been making tons of changes to apps as well as Google play and the presentation of mobile SERPS. Serps is the industry slang that refers to how your SEO works in conjunction with your website, where it ranks and ultimately how many visitors you can acquire from this. Google has also changed several advanced development guidelines for mobile. For example many of these new guidelines focused on Java and CSS due to the fact that Andriod apps are built using Java as well as single page web apps relying so much on JavaScript.

Google is likely releasing a updated new mobile crawler to better crawl single page web apps, Andriod apps and IOS apps. Google is focusing heavily on sites that use responsive design in single page app architecture, sites like Hulu and Techcrunch for example. Google has also been testing this architecture on Blogspot which it of course owns.

Google in short wants to separate desk top search from mobile search. They do not want results showing for desktop users that are more relevant to mobile users, IE search results that should never make it to desktop PCs in the first place. Google is also focusing on a new mobile-only index that I suspect will work hand in hand with the upcoming mobile crawler, which together will focus solely on mobile content such as app content and deep links to screens in apps. Google likely has developed already a crawler that can crawl Android apps. Tablets might also be included in Google’s definition of mobile devices come April 21st.

For business owners this signals that Google is focusing ever more on Mobile content. If your site is not yet optimized will you suffer a penalty in your desktop rankings? Zineb Ait Bahajji from Google has clearly stated that desktop rankings will indeed not suffer due to not being optimized for mobile. It does clearly signal however that for small business owners getting involved in mobile and more importantly local search and geo targeting is more important than ever in today’s changing world. It is not just a matter of getting your web presence mobile optimized but also making use of apps as apps are very popular today but also being optimized for the various mobile devices such as Android and iOS devices. 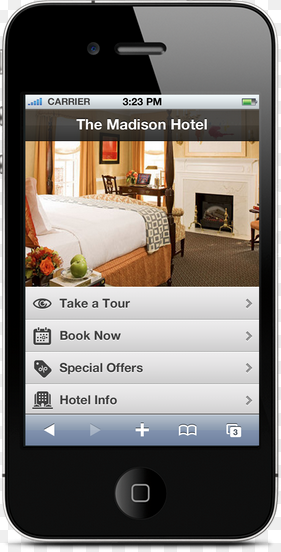 As a small business owner you should consider developing your site to have both great content and be accessible for mobile traffic and consider using mobile optimized emails. You could even do a separate mobile website which honestly is often the easier way to go. You should also if your budget permits consider having an APP created in both Andriod and iOS formats. Nearly all businesses today are well served by having a great mobile website that looks and works great across a wide stream of mobile devices, and having an APP can certainly help your SERPS. If you are thinking of an APP consider making an APP that will give your customers a better experience as well as helping your SERPS. I should point out you do not NEED an APP however and that developing an APP can be a risky endeavor and the cost be quite high, many average $100k per platform.

The takeaway for small business owners: We live in an ever changing world where mobile device usage is on an ever increasing upsurge. Your competitors and the big time search engines such as Google are paying more attention to mobile which is a clue has to how big mobile has become. If you are not mobile right now for your business you are losing out on sales and leads as well as PR and exposure. The changes coming out in the new algorithm are focused on making mobile better for both customers and business owners alike.

If you are unsure if your website is “Mobile Friendly” you can use this tool to help preview your website.