The hugely hit Disney family movie ‘Frozen’ has been shot in many locations in Norway. The popular locations include Bergen, Flam, Røros, Borgund Stave Church and Trondheim.

The Disney family movie ‘Frozen’ is a huge hit all over the world.  Songs like ‘Let it go’ and ‘For the first time in forever’ from the movie’s soundtrack have legions of fans all over the globe.

The craggy but spectacular coastline of Norway is believed to have inspired the setting for the film, which revolves around a fictional kingdom, Arendelle, which is in peril. Arendelle is home to home to Snow Queen Elsa and Princess Anna. 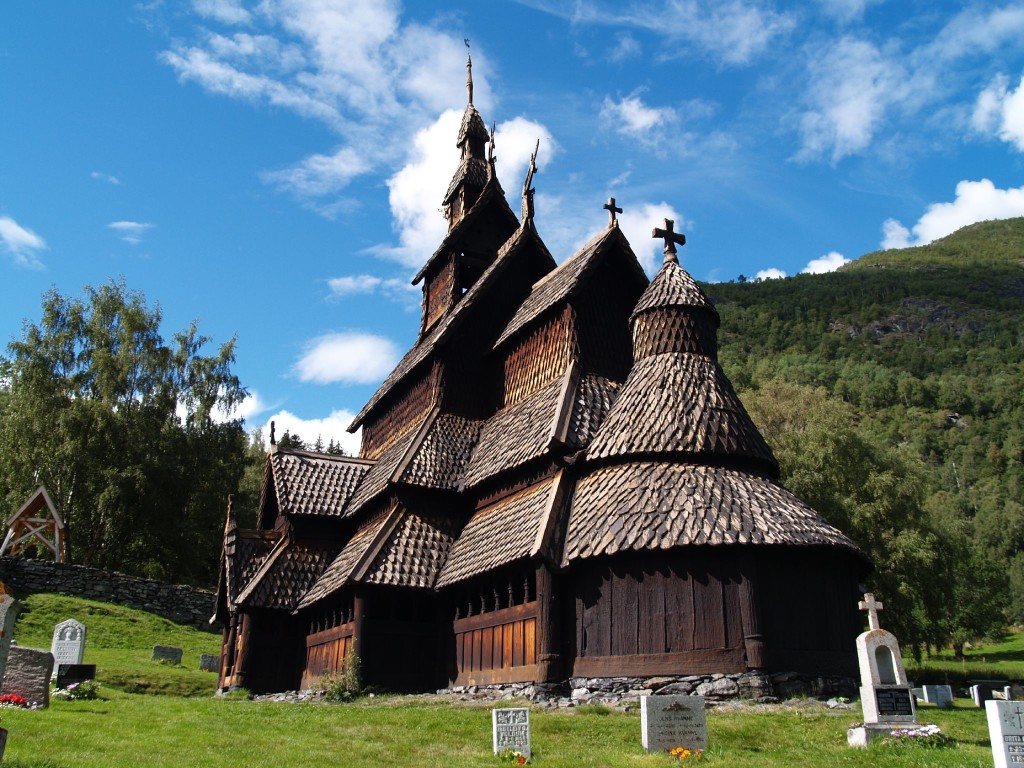 The movie centers on Princess Anna, who sets off on a journey of a lifetime to find her sister Elsa whose powers of freezing and creating ice and snow, have trapped Arendlle in eternal winter.  Anna bands together with rugged mountain man Kristoff and his reindeer Sven as she embarks on her arduous expedition. The duo battle harsh conditions as they have many adventures and encounter mystical trolls and even a funny snowman called Olaf in their attempt to find Elsa and save the kingdom.

The worldwide success of the movie has sparked a huge interest in Norway. As a result, the Scandinavian country is currently a hot favorite on the tourist circuit. Enthusiastic fans of the movie want to head to Norway to take in its gorgeous landscape dotted with magnificent fjords, quaint fishing villages, and tall churches all of which feature prominently in the movie.

Many locations in Norway served as a backdrop for the movie.

Bergen located on Norway’s southwestern coast is famed as the gateway to the fjords as  lofty mountains and fjords like the Hardangerfjord, and the Sognefjord surround  the city. In fact, the Sognefjord is Norway’s deepest and longest fjord and fjord cruises from Bergen are a favored tourist activity. Other famed attractions include the city’s Bryggen Wharf oceanfront district, which is lined with colorful wooden Hanseatic buildings and a lively fish market. The Bryggen Wharf is a UNESCO World Heritage listed site and an immensely popular sight in Bergen.

Another popular attraction in Bergen is its aquarium famous for its shark tunnel and fabulous vistas of the city’s busy port. If your kids are keen on spotting the mythical trolls of Frozen, you may want to include a trip up to the Troll Forest via the Floibanen Funicular of Bergen. The funicular traverses up Floyen Mountain via an 844-metre-long track running at an angle of 26 degrees. At top of the mountain is a viewing platform and walking paths through the lush alpine forest landscape. One such path leads downhill back to the center of Bergen. The path is dotted with statues of trolls, and the kids are sure to enjoy spotting them.

The kingdom of Arendelle in Frozen seems to be modeled on Bergen as the city’s wintry environs featuring deep waters, tall cliffs, and tumbling waterfalls feature throughout the movie.

A tiny town on the imposing Sognefjord is yet another popular excursion from Bergen or Oslo. This gorgeous little town is accessible by car, boat, bus or plane. However, the Flam Railway, which starts off from the base of the fjord and travels through the stunning, towering mountainside showcased so prominently in Frozen is considered a must-do experience. Other favorite activities include cruising the UNESCO World Heritage Listed Naeroyfjord and Geirangerfjord and taking in the glorious waterfalls of the Sognefjord like Kjosfossen, Brekkefossen, Rjoandefossen and others. Kayaking and biking along the Rallar Road, one of the most scenic bike routes in Europe are other fun summertime activities of the Flam Valley.

The former mining town of Røros is an old mining town and another UNESCO World Heritage Site. The town is known for its 2000 wooden one and two-storey abodes and its smelting house, Smeltthytta. A walking tour of the town and an excursion to the mountain village of Vingelen littered with ancient farms are popular attractions. Tourists also go on trips to the Forollhogna National Park, a virgin, high mountain area home to a national park that offers the opportunity to spot wild reindeer.  Reindeers and snowy mountain vistas also feature significantly in the movie.

Trondheim located in central Norway is the country’s original capital. Trondheim is today the third largest city in Norway after Oslo and Bergen. It is an ancient city that dates back more than a thousand years. The city today is a vibrant cultural hub and it’s famous attractions such as the Nidaros Cathedral and the Royal Residence Stiftsgarden feature in Frozen.  Trondheim in recent years has become a favored locale for sightings of the aurora borealis or the Northern Lights.